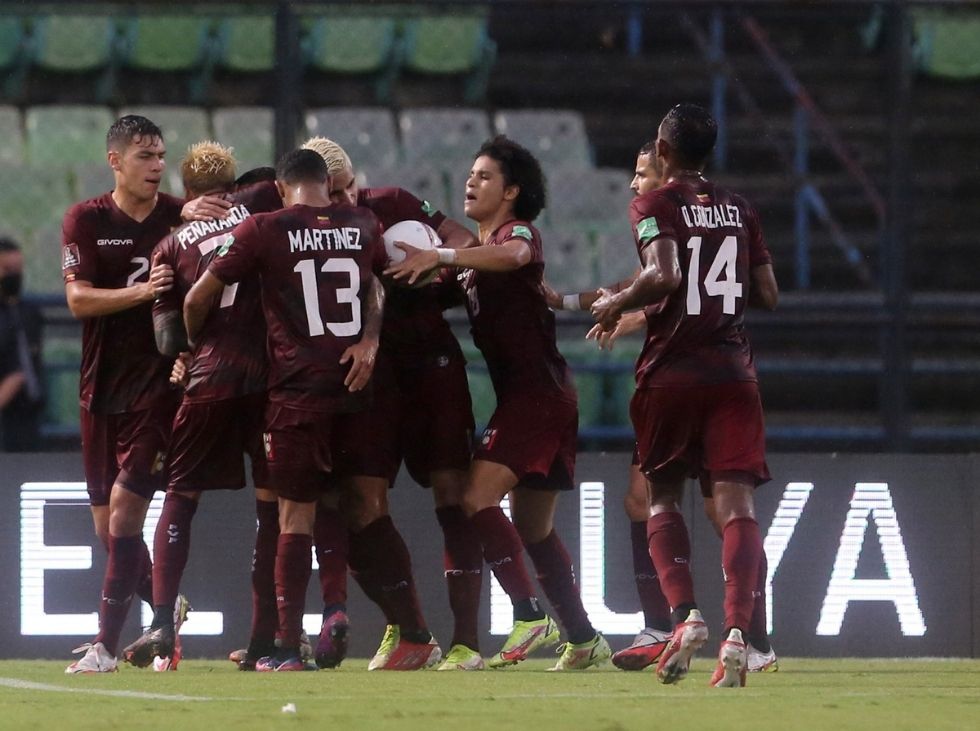 The illusion that a foreign technical director will solve in the Vinotinto team, with his mere presence and knowledge, the structural and historical failures of Venezuelan football is a fetish idea created by Rafael Esquivel, the former president of the Venezuelan Football Federation, convicted and confessed in the United States for his misdeeds in Conmebol.

This illusory idea remains intact in the new directive of the FVF, who believe that with the hiring of a coach of international hierarchy, with the veneer of wisdom that Argentines like Néstor José Pékerman have in their CVs, the Vinotinto will give for arts of birlibirloque a quality leap and qualify for the long-awaited FIFA World Cup.

The truth is that everything has been a hoax, a mantra repeated by federatives, old and new, to catch the unwary, and hide reality. The problem of the Vinotinto is not of a coach. The defeats that Vinotinto suffered under the direction of interim coach Leonardo González could have been accumulated by Pep Guardiola, Jürgen Klopp or José Mourinho.

The deficiencies of national football are not exclusively that a couple of corner shots are poorly defended or that goalkeeper Wuilker Faríñez had a bad night in goal. The faults are deeper and come from afar. The first is that Venezuela was very late to football. When Uruguay and Brazil were already world champions, the national team didn't even exist.

In fact, soccer in Venezuela was an elite sport, which began to be practiced in private educational centers, run by priests. Until the end of the eighties of the last century, the national First Division championship was made to attract European immigrants to the stadium; Italians, Spanish and Portuguese who missed their clubs and looked for a substitute in teams like Deportivo Italia, Portugues, Vasco and Galicia, which did nothing to make national football flourish and consolidate itself as a sporting and social activity.

For this reason, our oldest team, Estudiantes de Mérida, just celebrated 50 years, while in any part of South America the institutions have been founded for a century and have deep roots, a history, facilities, resources and millions of followers as in the case of Boca and River in Argentina, or Flamengo and Fluminense in Brazil.

Even Bolivia, with which Venezuelan soccer tends to share the bottom places in the table, has won a Copa América, attended a World Cup and has centuries-old clubs like the popular The Strongest.

Where is the popular roots of teams like Atlético Venezuela, Metropolitano, UCV, Lala or Deportivo La Guaira, last champion of the Futve League? These are ventures, initiatives of businessmen in love with football who, just as they invest today, tomorrow will disappear from the activity together with their franchises as has happened before.

The fact that Venezuela has exported players in recent years is a minimal advance, but the true capacity of these players has been oversized. In Brazil, Rafinha came off the bench and his mere presence helped Neymar make the green-yellow football flow to give Uruguay, another powerhouse, a ride.

Where is the Rafinha de la Vinotinto? That player who waits patiently for his turn on the substitute bench to enter the court and break it with his skill. Richard Páez and César Farías managed to lift the Vinotinto and make it compete with more success; but they fell short, because going to the World Cup is not a trip in South America.

They are years of work to build what does not exist today.

Leo González deserves to be ratified on the national team bench

The work of Leo González at the head of the FVF must be valued in its proper dimension. The passion for seeing Vinotinto win clouds the fans, and especially the most furious tweeters who rant about the players, with racist and even threatening insults, such as those received by striker Sergio Córdova for his poor performance in the national team.

These players are being asked to beat Brazil or Argentina, who are full of cracks and a soccer tradition that Venezuela lacks.

For this reason, the 70 minutes that Leo González's team was beating the verdeamarilla in the Olympic stadium is a demonstration that even with all the structural deficiencies of national football, Vinotinto can compete and fight for points.

But nobody should make a drama because the team falls into Conmebol. This is the most demanding tie in the world. And less to crucify Leo González. He put his chest to the bullets, got a win, gave another face to the team and deserves to be ratified.

The South American tour carried out by FIFA President Gianni Infantino has no other purpose than to convince Conmebol leaders, including the new FVF president, Jorge Giménez, of the benefits of the World Cup being played every two years.

Will the FVF benefit from this change? From a purely economic point of view, it could mean more income from Fifa to promote new sports projects, such as the creation of a new High Performance Center in Caracas. In sports, the new eliminatory system that will have to be changed would mean that it will be more difficult to classify.

Instead of the all-against-all system that has been used since the qualifying round to qualify for the 1998 World Cup in France, the elimination by groups will surely return, where fewer games are played and the chance is slim, because Brazil, Argentina and Uruguay are heads of group to fight for quotas.

FIFA wants to prevent stars like Messi and Neymar from crossing the Atlantic, and that is only possible if the tie is shortened.

The rebirth on the mound for "the one from Guanare"