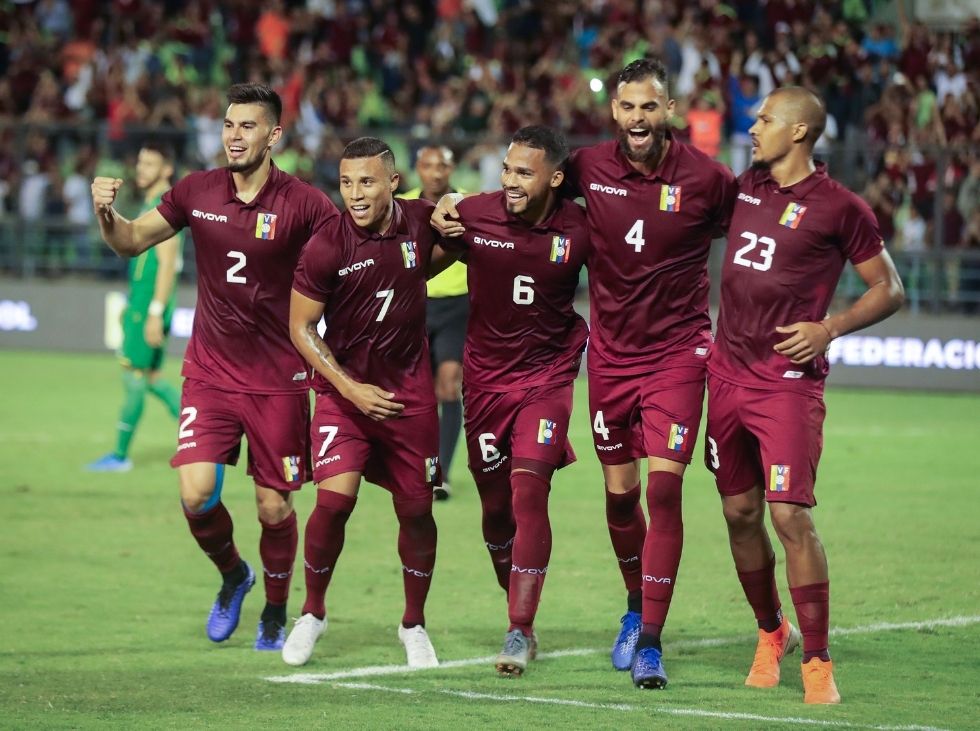 Leonardo González's management at the head of the national team is to be thanked. In the midst of the crisis due to the untimely resignation of Portuguese Joao Peseiro, the Trujillo coach put his chest to the bullets and decided to lead the national team. If he agreed to extend his interim term for the next two games against Ecuador at the height of Quito, and Peru, at the Olympic Stadium in Caracas, it is because he has absolute respect for the national team and knows that it would be an inconsistency with the players and the country to abandon the ship in the midst of these difficulties.

We have said before and we repeat it that Leonardo González should continue to lead the Vinotinto for the next cycle; But the new board of the Venezuelan Football Federation has other plans. The president of the entity, Jorge Giménez, announced, after the departure of Peseiro, that he was very clear about who he wanted as the new coach of the team for the route to the World Cup in the United States and Canada in 2026, but so far there are only rumors on the name of the new coach.

As happened when Rafael Dudamel also left the national team, due to differences with the then president of the entity, Jesús Berardinelli, the list of candidates is full of Argentine coaches, always ready to offer grandiloquent projects and transformations, to leaders willing to pay fortunes for sand castles. No foreign coach is able to change the reality of national football and its precariousness, no matter how much knowledge and experience he exhibits in his resume.

Instead of investing a fortune in hiring a foreign coach, whose salary does not drop below two million dollars a year, the money from the Venezuelan Football Federation must be invested downstream. Success in this sport has no secrets. It is the product of work in training in the minor categories; in the technical improvement of footballers and the provision of tactical tools that allow them to solve the various problems that arise on the field of play.

This does not require spending a fortune on a foreign coach in the senior team. What has always been required is to dedicate as many resources as possible so that the coaches of neighborhood clubs, associations and teams of all categories, male and female, receive the best training, are up-to-date and can impart their knowledge.

Qualifying for a World Cup should not be an obsession for the national football leadership. Venezuela was already runner-up in the 20 U-2017 World Cup in South Korea, and this achievement did not have any significant impact on national football as a whole, apart from the fact that some players could be recruited abroad. In the next South American tie in this category, the team was eliminated.

In football there are no secrets. The powerhouses of this sport have forged their history of triumphs with a familiar formula: clubs that have facilities and coaches in all categories with a method of training and shared work. The FVF and Liga Futve have the enormous challenge of reorganizing all of national football. Thus, qualifying for the World Cup will no longer be a mere illusion.

None like Salomón Rondón to play in the vinotinto attack

The return of Salomón Rondón to the call-up of the national team will add depth to Vinotinto's attack. The Catia striker is the best striker that Vinotinto has had throughout its history, and no other Venezuelan player currently offers Rondón's records in that position.

In long starts from the goal, the Gladiator can hold the ball with his strength or he can lengthen the play by combing the ball so that wingers like Jeferson Savarino, Darwin Machís and Luis “Cariaco” González initiate a fulminating counterattack.

For a team that finds it difficult to come out with the ball dominated from the back of the court, when high pressure is applied that reduces the passing lines, the presence of Rondón as a target man is an advantage to advance the lines and win by overlooking . Rondón can also play with his back to the goal.

The prestige of José Pékerman would cost the FVF a fortune

The rumor of the hiring of Argentine José Pékerman as the new coach of Vinotinto is nothing more than speculation, until both the FVF and the experienced coach do not sign a contract. In recent times, also from the federation itself and businessmen who were looking for a juicy commission, the matrix was imposed that the Argentine, Jorge Sampaoli, was about to lead the national team.

In the end, the negotiation fell apart, because those who were behind the hiring of Sampaoli swelled the contract and asked for almost double what the prestigious technician really demanded. Pékerman is also an expensive coach, because he has in his resume the prestige of the World Cup titles won in Argentina's minor teams, and the good role that Colombia played in the World Cups. It remains to be seen if the FVF has a way to pay so much money.