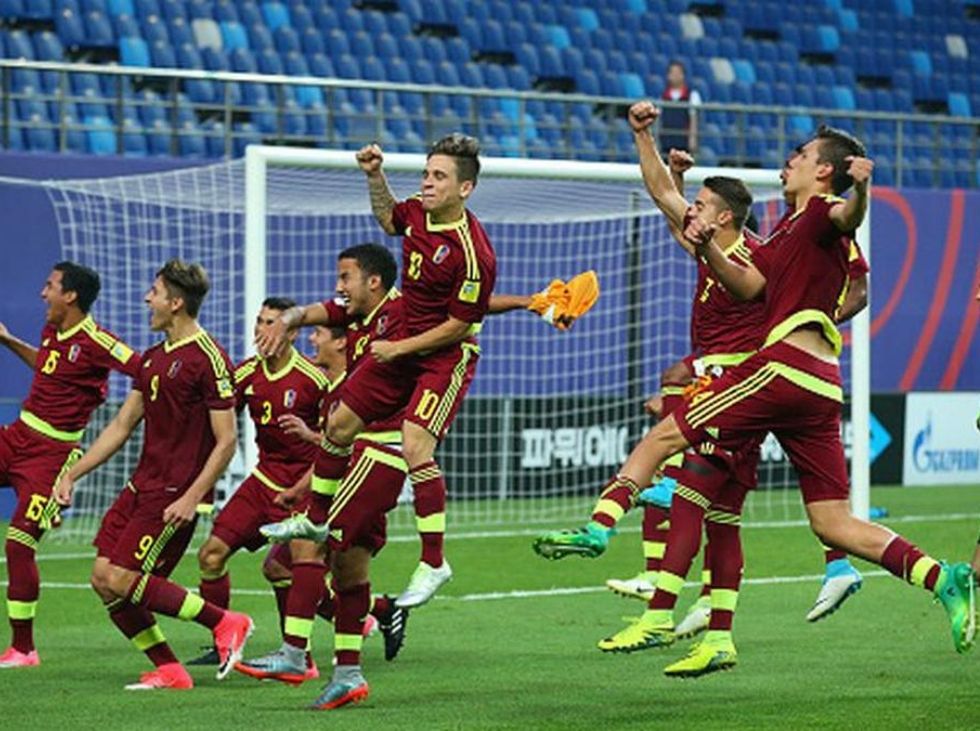 HomeSoccerFutVeGame vision | The youth rule on the court has only...
Soccer

The rule of mandatory lineup of a U-20 player on the field is one of the most significant contributions of the Venezuelan Football Federation to the development of new talents in the country. The first time this rule was used was in 1989-90, when the Professional Football League, then directed by maestro Laureano González, put it into practice despite the resistance of the team owners.

The purpose of this rule was to give blanks to the players of the category that would compete in the South American Youth Championship of America that in 1991 would be organized by Venezuela. From that first application of the under-20 rule on the field, a first batch of new and talented footballers emerged, led by the masterly left-handed man from Guyana Stalin Rivas, Edson Tortolero, Gerson Díaz, Leonardo Lupi, Gustavo “Lobo” Caraballo and Alvris Faure, among others, who made up the national team that competed in Puerto Ordaz, under the technical direction of Iván “Tiburon” García.

That team only had a couple of preparation games against Colombia and Valencia FC, and as expected they succumbed to the goal of advancing to the round and qualifying for the World Cup in Portugal. A victory against Peru (2-1) and losses against Paraguay (1-7), Ecuador (4-3) and Uruguay (1-5) was the balance of the participation of the Vinotinto sub-20 in the championship won by Brazil .

The failure of the national team made managers and coaches question the application of the rule. Although it remained a couple of years more, it became commonplace for the coaches to line up the U-20 in the winger position, so the purpose of developing talents in the other positions was distorted. So in 1993, the obligation to line up a youth team was repealed and it was reluctantly approved for first division clubs to have an under-20 affiliate team in the national tournament.
When the late Lino Alonso took over the leadership of the U-20 and U-17 minor teams in 1997, the U-20 rule on the court was reestablished with its sights set on the Central American and Caribbean Games in Maracaibo 98, in the that the Venezuelan team headed by Daniel “Caricari” Noriega, Alexis “Pelecito” García, Cristian Cásseres, Alexander “Pequeno” Rondón, Fernando Martínez and Jorge “Choco” Giraldo were crowned by beating Mexico 3-1.

Since then, the rule has been useful for the emergence of new layers of players who have renewed national football and have given it its greatest achievements at the level of minor categories with the runner-up than another generation full of talent led by Yeferson Soteldo, Adalberto Peñaranda , Wuilker Faríñez and Yangel Herrera obtained in the U-20 World Cup in South Korea 2017.

The under-20 rule on the field has only produced benefits for national football and it would be foolish to erase it from the map. On the contrary, it should be expanded and improved so that more promising players have the opportunity to take advantage of the top flight and polish their skills on the pitch. Creating a reserve championship, where minor players can train and compete every weekend, as the new national coach, José Pékerman and his assistants has apparently proposed, is a great initiative, as long as it does not detract from the obligation to align a youth in the championship of the first category. Rather, it would be necessary to promote new rules so that the teams not only place a sub-20, but also use it in demarcations where there are deficiencies, as in the attack. National football urgently needs to train forwards for the new cycle that will culminate in the 2026 World Cup.

The reduction of teams in the first division of national football that will drop from 21 participants to 16 in the coming season is another step forward to strengthen and consolidate the Futve League. But playing with fewer teams is not enough. Soccer goes beyond fully complying with the Club License to remain in the highest category. It is a leap forward that the participating teams are financially healthy and comply with the contracts signed to the players and coaching staff; and that they have appropriate facilities to play their matches.

However, all these advances need an essential component so that a team stops being the initiative of a businessman in love with football and becomes a collective feeling: fans. National football is still populated by ghost teams, without a soul in the stands or social roots. Without that deep communion between clubs and fans, it doesn't matter if you play with more or fewer teams, because the equation will always be the same: zero passion on the pitch.

Zamora made the best signing with the hiring of Noel Sanvicente

The best signing that has been seen so far in the Futve League has been made by Zamora with the hiring of Noel Sanvicente. The most winning coach in Venezuelan football returns to the bench of the "Furia Llanera", where he already made history by winning the two-time championship in the 2012-13 and 2013-14 seasons. Sanvicente is a specialist in rebuilding squads, making the most of available resources and giving promising youngsters the opportunity to consolidate themselves in the first team.

Zamora has lost ground in recent seasons, relegated to a competitive background, and it is understandable the stir caused in the plains by the return of the experienced coach, who completed another successful cycle at Caracas FC. Under the tutelage of the Guyanese coach, the llanero team not only won titles, but also made cash with the sale of players of international projection such as Jhon Murillo and Yeferson Soteldo. The new project aims to return Zamora to the top of national football and reinvigorate the inexhaustible quarry bar.