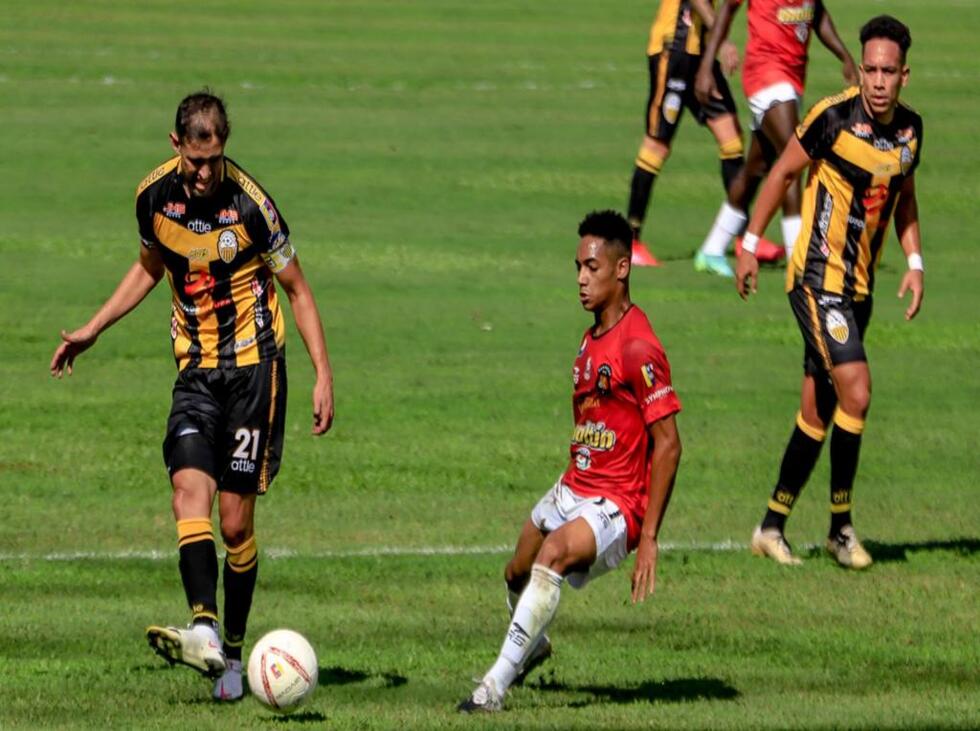 Now that the Venezuelan Football Federation and Liga Futve will apply more rigorously in 2022 the Club License established by FIFA and Conmebol for professional football teams, it is necessary to analyze the issue of promotions and relegation in the first division of the football championship national.

Is it worthwhile for briefcase teams without sports facilities, suitable fields to play their matches and no fans going up and down in category to maintain a competition system that has never worked?

What is the point of keeping teams in the top category in the red figures dependent on investors and swallow capitals, which at the first change disappear from the scene and leave their teams bankrupt as happened recently with Trujillanos or Lala, or that they rise others in similar conditions?

The reality of sport and the Venezuelan economy forces us to rethink the top-flight championship. One of the reasons why the first division has not established itself as a business and entertainment show is due to the enormous uncertainty.

There was a time when the schedule was not even known, because until the last minute it was unknown if the teams would be able to gather the roster in time to take the field. It was common, then, for team managers to request an extension and skip the first day of the tournament to finish organizing their squads.

Last season the drama of Trujillanos and Lala was experienced. The first prolonged the agony until the last date, with the purpose of trying to collect some part of the stipulated contract. The young Guyana team that was born with the illusion of growing up and taking root in a territory full of football, also ended up in the lurch without resources to pay the payroll and using youth in order to fulfill their commitments in a pitiful way.

For these reasons, promotion and demotion should be suspended until competitive conditions exist to apply this rule again. The teams that invest, comply with their payroll and have made efforts to receive the Club License should be guaranteed the permanence in the first division for a long time. We must reward the teams that really want to grow and contribute to the integral development of the championship. Instead, it is necessary to banish from the Futve the swallow teams and the capital of doubtful origin of the “investors”.

In that sense, the second division should be a professional category of promotion, growth and controlled expansion. The teams that work in this category, that invest in facilities, obtain sponsors and multiply their partners and fans will have the possibility of competing in the first division of the Futve League, if they also comply with the Club License.

A first division tournament with a certain number of competitors who will retain the category for ten years or more in order to establish themselves and put down roots will eliminate the uncertainty of those who invest in the business. The two hexagonal of the last tournament to determine the qualifiers for the Copa Libertadores and Suamericana showed that a reduced tournament, where the 12 best teams in the country participated, is much more attractive.

The Futve League now has the autonomy to decide how it organizes the championship and who participates in it, as in the case of the United States MLS in which there is no relegation, but expansion. The path is laid out and you just have to follow the route so as not to get lost in the sporting uncertainty.

The current directive of the COV, headed by Eduardo Álvarez, is very weak.

His long tenure in power and the way in which he exercised it has caused a wear and tear in his relationship with a large group of federatives who rightly aspire to a renewal.

Sports entities led by the athletics, baseball, basketball, soccer, cycling, gymnastics, university sports and table tennis federations have won spaces, and they work with the group that still supports Álvarez to integrate a single plank, in which they are represented all sectors of the national Olympic movement, from the most important and important entities, to those that have emerged in recent years.

As a result of these conversations, the appeal for protection before the Supreme Court that ordered new elections of the Electoral Commission of the COV would be withdrawn and the current leadership of the national Olympism would also collect the letter that it sent to the International Olympic Committee to denounce an alleged "interference" in the electoral affairs of the COV. The Christmas holidays were a kind of Olympic truce between the opposing groups.

Let us hope that the agreements held in the meetings are finalized and the new Olympic cycle towards Paris 2023 begins in January in holy peace, with a renewed directive that restores the VOC to its old prestige.

The rebirth on the mound for "the one from Guanare"