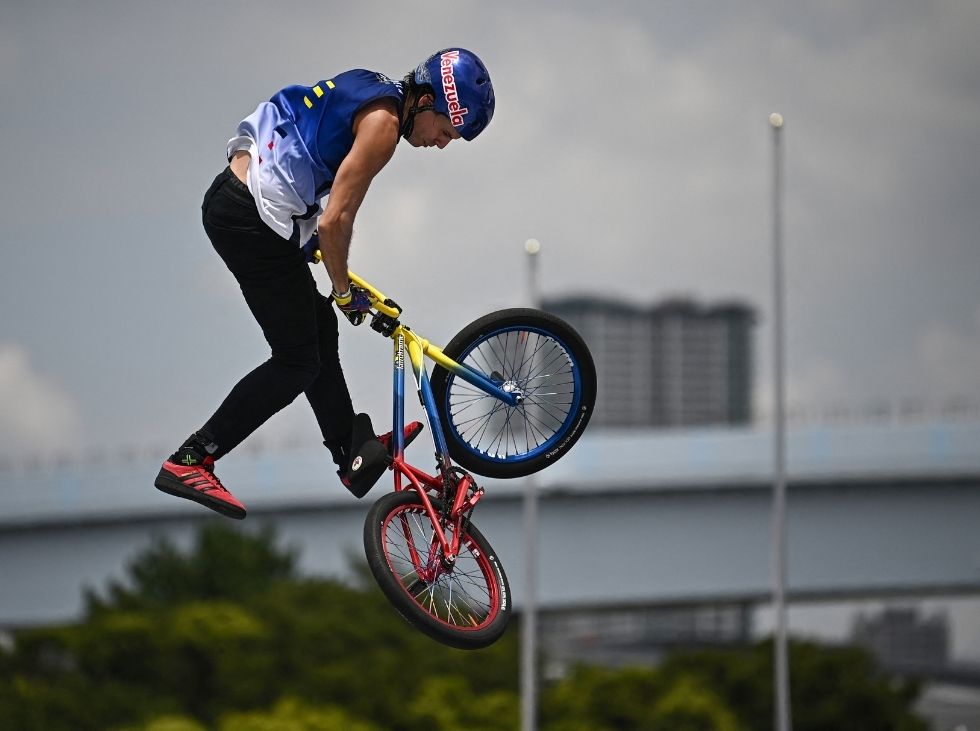 The year 2021 turns off its lights and will go down in the history books as the best year for Venezuelan sports. The balance is favorable from any point of view, with the sole exception of the men's national soccer team, once again eliminated early in the race to qualify for the 2022 World Cup in Qatar.

Yulimar Rojas' individual performance was the highest point of this busy year. The tripler from Caracas became the first Venezuelan female athlete to win a gold medal at the Olympic Games. But not content with conquering gold, he did so by setting world and Olympic records with his last flight of 15,67 meters to overcome the old record of 15,50 m held by the Ukrainian Inessa Kravets since 1995.

The high level of the weightlifters was also superb. To the silver medals in Tokyo 2021 obtained by Julio Mayora and Keydomar Vallenilla must be added the three bronze medals that the latter has just added at the World Championships in Uzbekistan.

The Tokyo Olympic Games were consecrating for the charismatic Caracas cyclist, Daniel Dhers. The dazzle that produced his gold medal at the Lima 2019 Pan American Games did not fade in Japan, where he repeated his heart-stopping routine of tricks to add the third silver medal and complete Venezuela's best performance in the history of the Olympic Games.

The Paralympic athletes were not far behind and offered the best demonstration of Venezuela in the history of this competition. With sprinter Lisbely Vera at the helm, winning two gold medals in 100 and 200 meters, and one silver in 400 m, the national delegation reaped a total of seven medals in Tokyo, the product of three gold, two silver and two bronze medals. . Never before has so much success been achieved in adapted sports.

Baseball returned to the top with the title won by the U23 national team at the Hermosillo, Mexico World Championship, with a promising generation led by pitcher Wikelman Ramírez and outfielder Robert Pérez Jr.

The basketball team began a process of renewal of the squad and began the long road to the 2023 World Cup with two solid victories against Panama, in the first window played in Buenos Aires.

In those two meetings, the figure of the strong forward, Garly Sojo, emerged with his power to attack the basket and shoot effectively from the perimeter. Sojo also became the second Venezuelan to compete in the NBA-G League, a showcase for the NBA. Little by little he has been gaining confidence in Capitanes de México, where he already had a 15-point match.

National basketball added another success with the creation of the Women's Super League, a tournament to promote equity in sport and allow women the opportunity to grow and develop in this discipline, with Deportivo Anzoátegui crowning Caribeñas de Caracas, thanks to the offensive contribution and the international experience of Waleska Pèrez. The Men's Super League Cup has allowed the emergence of new teams and a brood of prospects that will nurture the national team.

The Futve League took the palms with its work to disseminate each of the matches, and the final dreamed between Caracas and Táchira at the Olympic stadium to a full house. Although the Vinotinto disappointed again, the hiring of the prestigious Argentine coach, José Pékerman, renews the illusions for the new cycle of competitions. If 2020 was marked by paralysis and fear, 2021 has been a year of evolution and optimism to move forward.

As expected, the first phase of the elections in the Venezuelan Olympic Committee culminated in a request for annulment in the Electoral Chamber of the Supreme Court of Justice. On December 7, the General Assembly was held for the representatives of the federations to elect the members of the Electoral Commission.

Several federatives denounced that this first election had been marked by irregularities, because it was allowed, among other anomalous situations, that leaders whose sports entities lack legality and have lawsuits in the Supreme Court, such as karate do, boxing and tennis, to vote. country.

For this reason, the federative members who saw their right to participate and vote violated, went to the Supreme Court, and the Electoral Chamber agreed with them. The effects of the Assembly and the election of the Electoral Commission were suspended. In addition, the COV will have to appoint a new ad-hoc electoral commission made up of five representatives from federations and one from the CNE to organize elections without cheating.

The inauguration of 3 kilometers of bicycle lane that the mayor of Chacao, Gustavo Duque, carried out with great fanfare on Thursday, would be a great initiative if the planning and putting into operation of this space for the circulation of cyclists had been taken seriously by its municipality.

But the mayor and his advisers did not even bother to review the recommendations and bicycle lane construction guides that abound for free on the internet. They painted a line, drew a figure of a cyclist on the asphalt and with that they were satisfied. Except that a bike path is more than painting; it is infrastructure to ensure that anyone, from a child to an elderly adult, can pedal this way with the full guarantee that they are not at risk of being the victim of an accident. A bike lane requires spacers to avoid the risk of collision between a motor vehicle and bicyclists; crossroads with traffic lights and roundabouts for the passage of riders, and police officers who sanction cars that park on the bike lane.

Samy Camacho reached a thousand wins in the United States