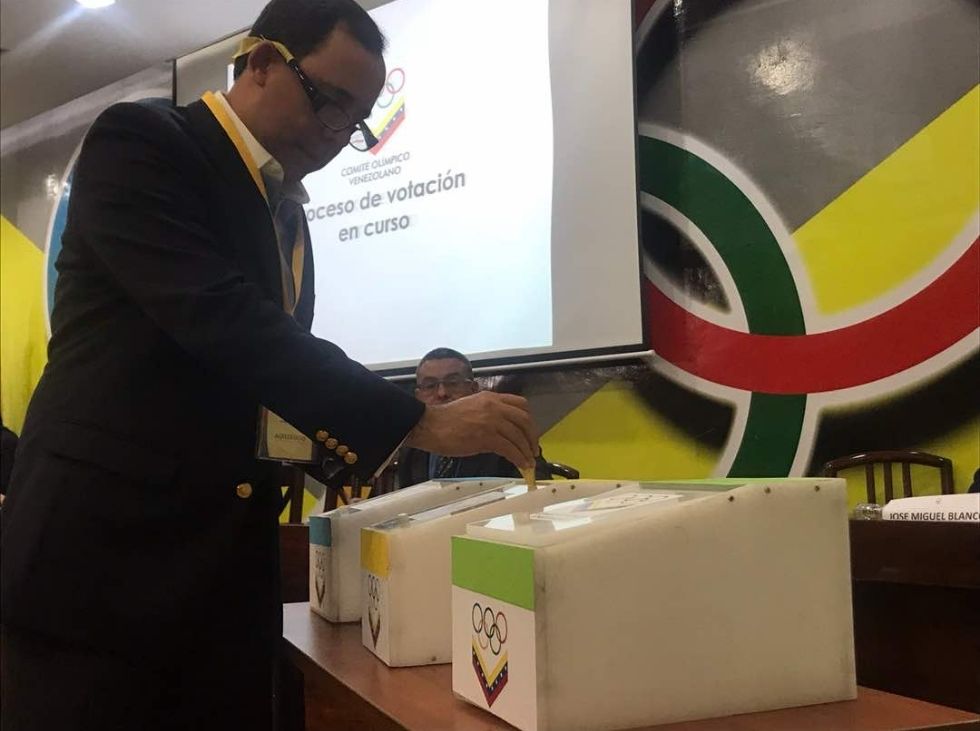 Game vision | Participating in COV elections is an obstacle course

The Venezuelan Olympic Committee this week opened the election process to elect the new Board of Directors, Honor Commission and Comptroller's Office that will assume the reins of the sports entity for the period 2022-26.

Several issues stand out in the call for elections that will begin on December 7 with the election of the Electoral Commission, and will conclude on January 5 with the vote for the authorities in the General Election Assembly in which no less than 60 will participate. % of national federations included in the program of the International Olympic Committee.

The first point worth highlighting is the haste to call elections. The legal period of the current Board of Directors, led by Eduardo Álvarez and the rest of the constituents, ends on January 30 next. From there they would have 15 days to call the polls.

But the lords of the rings preferred not to comply with the restrictive period of four years of mandate, established in article 23 of the Statutes of the COV.

Why call elections before the legal period expires? The only explanation for this haste is that a good part of the federative that oppose the current Board of Directors and that for two years have organized a renewal movement, will be occupied outside the country.

They traveled to Colombia to accompany their respective delegations in the I Youth Pan American Sports Games that began on Thursday and will culminate on December 5, two days after the VOC decided to elect the Electoral Commission, which will have control of the entire process.

The COV Board of Directors, for example, opened an “inquiry” to the Venezuelan Athletics Federation regarding its elections, assuming powers to recognize or reject the electoral processes of the sports promoting entities that by law are the exclusive competences of the Institute's Board of Directors. National Sports.

The COV is also refusing to allow the Venezuelan Softball Federation, chaired by the legend of this sport, María Soto, to have the right to vote, under the pretext that baseball and softball participate integrated in the Olympic Games.

But the lords of the rings forget that the national federations are governed by the Sports Law, and the Board of the IND has always recognized each of these federations, which have their own statutes and their respective boards of directors, democratically elected by their associations.

It would be an illegality and a violation of the statutes of both entities for the Venezuelan Baseball Federation to assume the representation of Softball in the COV or vice versa.

The participation of the federations in the COV elections is also subject to the National Sports Institute Board of Directors, paralyzed for a year due to the pandemic and other bureaucratic reasons, resuming its powers. Among them, grant the respective legal recognition to the sports entities that made their elections and have fulfilled their obligations.

On the other hand, the federations of Softball, University Sports, Tennis, Basque Ball, Gymnastics, Karate and Rowing are still waiting for the decision of the Electoral Chamber of the Supreme Court of Justice to overcome legal conflicts. So the haste in the COV elections goes in the opposite direction to the democratic exercise of the vote.

It is a true contradiction that the Venezuelan Olympic Committee invokes the Sports Law and the resolutions approved by the National Institute of Sports for the electoral processes of the federations, when in the Statutes of the COV there is not a single mention of this legal instrument.

In the reforms that the current Board of Directors made to the Statutes, all reference to the Sports Law disappeared. In article 5 of the Statutes of the COV, referring to the legal bases that govern its operation, the following are indicated in order of priority: the Olympic Charter, the World Anti-Doping Code, the Statutes and regulations of the COV and, finally, the National Constitution.

Nor is it contemplated that legal conflicts in the COV are resolved in the Supreme Court of Justice, where sports entities go to resolve their legal problems. In the event that a conflict occurs in the next COV elections, the complainant may not go to the Electoral Chamber of the Supreme Court but to the Court of Arbitration for Sport in Zurich.

The support of the current Board of Directors of the COV to repeat the mandate in the next elections depends to a large extent on the support of federations that are legally questioned or that do not appear in the program of the Olympic Games.

One of the main allies of the COV is the Venezuelan Federation of Basque Ball, which in the last meeting of the International Federation of this sport was questioned for its lack of activity.

Another of Álvarez's supports is the former president of the Karate Federation and current treasurer of the entity, Arturo Castillo, who has a legal conflict in the TSJ for denying participation in the recent election of the Electoral Commission to various representatives of the associations and representatives of athletes, referees and women.

The current directive of the COV also has the support of the recently created federations of Electronic Sports and Netball, and of the federative sports such as Dominoes, Bodybuilding

Samy Camacho reached a thousand wins in the United States