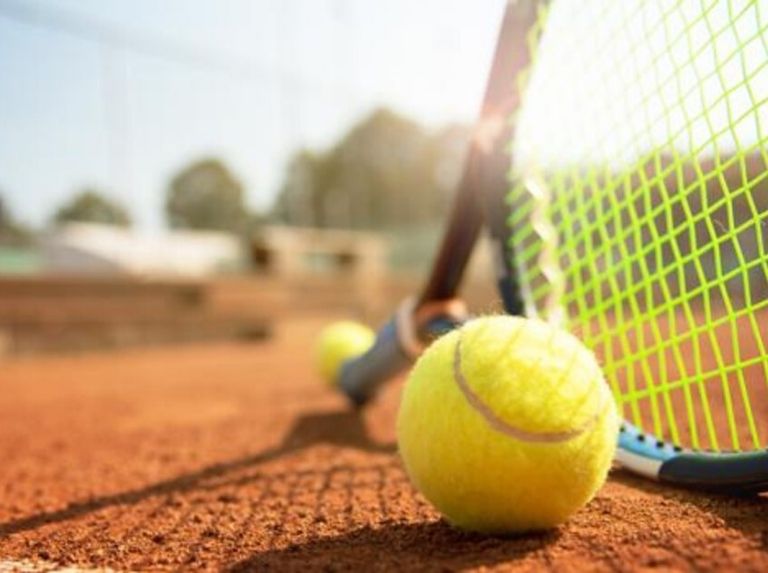 Game vision | Fraud in Fevetenis had the support of Olympic authorities

The alerts and complaints that the former general secretary of the Venezuelan Tennis Federation, César Marquina, has been making about the electoral irregularities committed in this entity, reached the South American Tennis Confederation, through a documented report, in which explains the legal and juridical conflict that this sports promoter entity is experiencing.

The General Assembly of Fevetenis held elections for the period 2017-2021, but on August 19, 2019, the IND Board declared "inadmissible the request for registration and recognition of the Board of Directors, Council of Honor and Council of Controller" of this promoter association of sport, whose Board of Directors was chaired by Luis Contreras.

The reason for denying legal recognition to Fevetenis was due to the fact that the authorities' election procedure did not comply with the Sports Law and Partial Regulation Number 1, since the aforementioned federation had not adapted its statutes to the Sports Law. . Consequently, in resolution 146 of August 19, 2019, the then Minister of Sports, Pedro Infante, designated Marlis León as the only "competent authority to attend to matters related to administrative and technical sports matters of the Venezuelan Federation of Tennis”.

But with the permission of the Venezuelan Olympic Committee, the illegal Fevetenis board elected in 2017 continued to exercise international representation, de facto taking control of the resources provided by the International Tennis Federation, as Marquina denounces in his report. In February 2020, Contreras and his group of followers, under the umbrella of the COV, organized another electoral process outside the framework of the Sports Law.

In contempt of the 2019 resolution of the Ministry of Sport, elections were held again without adapting the statutes in the General Assembly, an honorary electoral commission was irregularly appointed to organize the process, and the elections were held without an electoral roll validated by the National Registry of the Sport.

Despite all these legal violations, on February 13, 2020, the VOC granted recognition to the illegitimate “authorities” that emerged from this process, assuming functions that by law correspond to the IND.

Given this arbitrariness, Carmen Acosta and Elías Lozada, presidents of the Tennis Associations of Aragua and Miranda, respectively, challenged the electoral process. And on December 9, 2021, the Electoral Chamber of the Supreme Court of Justice agreed with the complainants and annulled the fraudulent Fevetenis elections.

The TSJ ordered that Fevetenis adapt its statutes to the Sports Law and restore the authorities that were in office at the time of the February elections. As in 2019, the IND Board of Directors denied recognition by the Board of Directors of Fevetenis, the only competent legal authority of this entity is Marlis León, appointed precisely by the Ministry of Sport.

But in a recent letter sent by the head of the VOC, Eduardo Álvarez, to the president of the South American Tennis Confederation, Rafael Westrupp, in response to the complaints made by Marquina, he reiterates that he recognizes "Luis Contreras and his Board" as Fevetenis' authority. Directive until the electoral assembly is held”.

Once again, the decisions of the Ministry of Sport and the IND are relegated to the trash can by the same leadership that continues to believe that the COV is a supranational organization, which is only governed by the Olympic Charter. No sports entity or its representatives are above national laws.

Resources are controlled from an account in Puerto Rico

Despite the fact that since 2019 the Venezuelan Tennis Federation has faced legal problems that left it without a Board of Directors legally recognized by the IND Board of Directors, the endorsement granted by the Venezuelan Olympic Committee to Luis Contreras and the leading group that supports him, has allowed him to receive and manage at will the resources provided by the International Tennis Federation.

Due to the fact that the accounts that Fevetenis had in the tax havens of the Cayman Islands, through the Banco Venezolano del Crédito were closed, the money in foreign currency is now deposited by the International Tennis Federation in account 100000606 in ItalBank, which Fevetenis opened in Puerto Rico through the VOC. The resources of the FIT for participation in the Davis Cup, the Billy Jean King (former Fed Cup) and tickets have remained under the control of Contreras, who appointed himself president of Fevetenis with the approval of the COV. For this reason, Marlis León, the competent authority of Fevetenis, sent a letter to Contreras and his group warning them that they would be committing a crime.

All the urgency of the illegal leadership of Fevetenis, commanded by Luis Contreras and supported by the VOC to hold the elections in February 2020, without complying with the requirements ordered by the Sports Law and its Partial Regulation Number 1, had a background.

The International Tennis Federation had sent an ultimatum stating that the Venezuelan Tennis Federation had until March 30, 2020 for electlng authorities, since there it ran the risk of disaffiliation, with the consequences that this entails for the athletes. , coaches, referees and all those who make up this sport.

If Fevetenis was marginalized, the contributions would not continue to flow into the ItalBank account, which the self-appointed president of Fevetenis manages. To this income, we must add the resources from the administration of the National Tennis Center in Baruta, the goose that lays the golden eggs of Fevetenis. What will the Comptroller General of the Republic say about this situation?

Previous articleT-shirt 10 | Hall of Fame: who throws the first stone?
next articleThe most rebellious Tigers toasted 50 years ago

Valencia closes the season with victory

Carapaz leads the general classification of the Giro d'Italia

Mbappé decided to stay at PSG