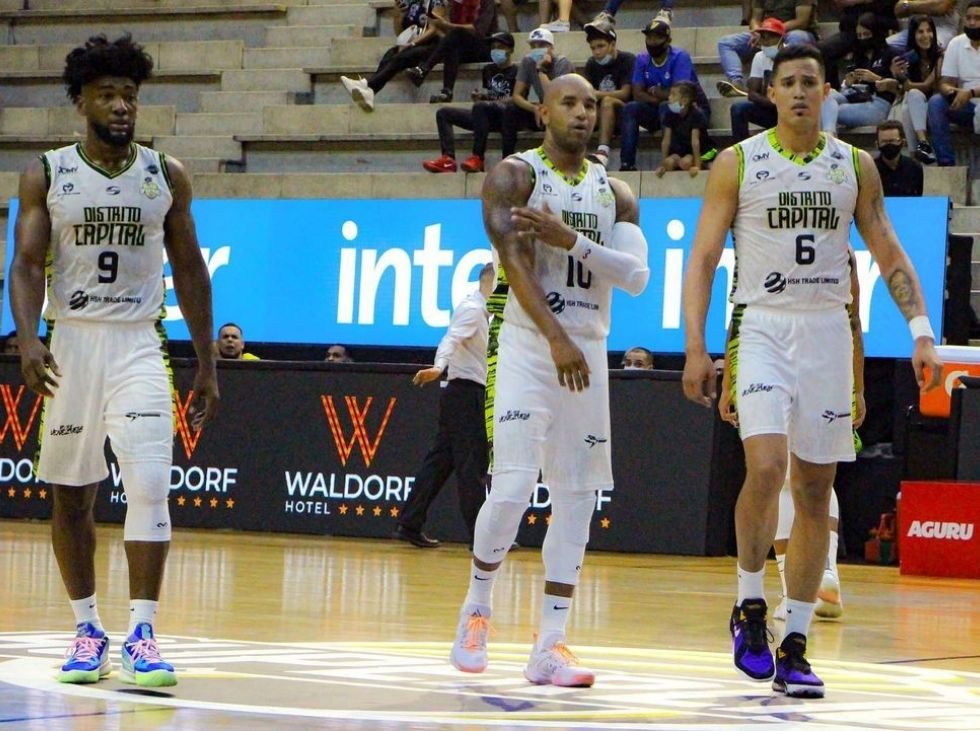 What the Basketball Super League Cup has shown in the first two weeks of the tournament is to highlight. Organizationally, it is worth noting that all the matches have been seen on the organization's YouTube channel or through the open signal of the television stations that have opened their screens to broadcast the games of the men's and women's teams in the modalities of 5 against 5 and 3 against 3.

The return of the public to the facilities of Parque Miranda and the La Asunción gym, with tickets at affordable prices to recover the taste for national basketball is also to applaud; because in the Lvbp only a very privileged minority can pay the exorbitant tickets.

Strictly sports, the Superliga has shown very notable disparities in the teams' rosters. In group A that makes life in Miranda Park, the superiority of Spartans of the Capital District is considerable. The quintet of Argentine Pablo Favarel is the most consistent and worked.

The roster has been largely intact for the past three years, so players know and execute Favarel's game plan by heart.

The wealth of alternatives Spartans has to carry out their offensives is fearsome. They crush the rival defense with the throws of three, because any of their five starters has a great percentage of success from long distance, they run the court to score in quick breaks and if they take away the perimeter game, Pedro Chourio, Nelson Palacios, Windi Graterol, Lenín López and Adonte Parker also annihilate with their penetrations and their baskets in the painting area.

Spartans' second unit is as prolific as the starting five. It is one of the teams that achieves the most points with the players on the bench with the experience of the incombustible José “Grillo” Vargas, the leadership of José Sojo and the jumping ability of Alí Mata, one of the promises of the team that has yet to polish his internal game, his back-to-rim leg movements, and the physical strength to get the most out of his height.

Cocodrilos de Caracas and Trotamundos de Carabobo are the rivals that can overshadow the Spartan power in this group.

The presence of the former NBA, Carl Herrera Allen, as coach of the Saurians prestige to the Super League with his experience as double champion of the NBA with the Houston Rockets. In Cocodrilos, the presence of Ányelo Cisneros stands out, one of the new talents with good shooting and athletic conditions for the inside game.

In the eastern key, Guaiqueríes de Margarita and Gladiadores de Anzoátegui are far superior to the rest. The insular tribe has in its ranks the most effective point guard in Venezuelan basketball: Heissler Guillent. His ability to provide assists and score consistently and under pressure with his spectacular XNUMX-pointers has his team undefeated, not including Saturday's game against Jetsons de Miranda.

On the Gladiators' side, Raymond Rada's game with baskets from the perimeter stands out, the leadership of the experienced Carlos “Margarito” Cedeño and the strength of José Materán under the boards.

The fact that most teams do not have foreign reinforcements other than a competitive weakness is an advantage of the Super League, because it offers the opportunity for a greater number of Venezuelan players to watch minutes on the court and develop their skills. The FVF scored a success with this Cup that keeps discipline alive.

Garly Sojo's debut in the NBA development league is an achievement

The Super League has already scored one of the greatest achievements in its three years of operation: Garly Sojo's debut in the NBA development league with the Capitanes de México.

The capital forward had received few opportunities to receive minutes on the court with Cocodrilos, but his time at Broncos de Caracas in the Superliga last season changed everything.

Sojo exhibited his tremendous conditions. With a lot of work and dedication, he perfected his shot in elevation, one of his shortcomings on the court, and became a more effective basket player from the perimeter. What added more attribute to his offense, which had as a fundamental tool his power and great leap to reach the basket.

The forward is one of the new jewels of national basketball and just the second Venezuelan to participate in the NBA development league, where he will have the opportunity to improve his reading of the games, enrich his tactical knowledge of the game and continue to grow. Although it is likely that, for the time being, he will not be able to join the selection.

Stephen Curry on his way to being him again Most Valuable

The rebirth of the Golden State Warriors this season, after two dark years in the NBA, is due to the complete physical recovery of its top star: Stephen Curry. The performance of the point guard so far this season has the Warriors as the team with the best record in the NBA (13-2).

The 40 points he scored Thursday to defeat the Cleveland Cavaliers 104-89 left him as líder scorer with 29,5 points per game and an impressive 46,3% shooting rate in which he has made 85 of the 203 shots he has taken.

What he did in the fourth quarter against Cleveland in which he scored four trebles, four doubles and gave two assists to overcome the difference 68-81 is one of the most dazzling performances of his career.

Manchester City came back and was titled in the Premier