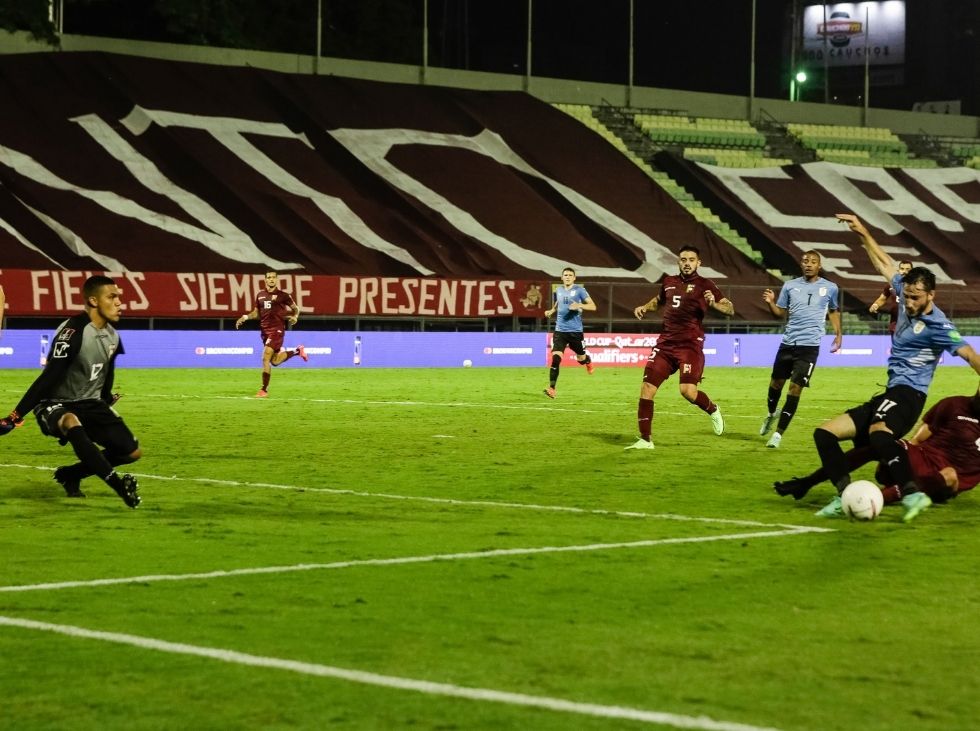 HomeSoccerFutVeGame vision | Soccer stadium for Caracas and the infrastructure...
Soccer

Game vision | Soccer stadium for Caracas and the infrastructure of 2007

The recent announcement by President Nicolás Maduro of the construction of a new soccer stadium in Caracas is a kind of vindication of a city that was always marginalized from its plans by the old leadership of the Venezuelan Soccer Federation.

There is never enough to remember that expression of contempt by Rafael Esquivel towards the capital of the country. "To Caracas, no water," repeated the former president of the FVF, condemned in the United States for his stellar participation in the corrupt plot of the FiFA-Gate, when asked why the national team did not play elimination matches in the UCV Olympic Stadium, historic home of the Vinotinto.

His anger against the city had to do, not only with the sly songs that the irreverent fans of Caracas dedicated to him, troubling their federative tricks, but for reasons of pleasure. He could not sail his luxurious yacht from Margarita to the Caracas valley, as he did from Pampatar to Puerto La Cruz, which in the time of coach César Farías, he made the headquarters of the national team.

This contempt of Esquivel towards Caracas was decisive for the Olímpico to be ruled out as one of the main venues for the 2007 Copa América in Venezuela. UCV stadium, which was barely assigned the game that nobody wants to see or play: the pathetic match for third place in which Mexico defeated Uruguay 3-1.

Since the 1983 Pan American Games, Caracas has not undergone the construction of modern sports venues. The investment has been made in maintaining and reconditioning the infrastructure left that continental event, such as the United Nations Park, the Miranda Park and the Poliedrito. But soccer in the capital lacks its own stage. "El Olímpico" is a patrimony of the UCV and the Brígido Iriarte national stadium in El Paraíso was and should be once again the home of Venezuelan athletics.

Building a soccer stage in Caracas, which serves as a High Performance Center for the national teams and the Capital District Association, will be another contribution of the Bolivarian Government to the sport that has the most annual activity and number of practitioners in all male and female categories in the country.

But we must not forget the rest of the stadiums that were built for the Copa América. It is necessary, as President Maduro himself demanded of the country's sports authorities, an investment plan for what he called the France 2023 Olympic Dream. This project should allocate resources to recover the grass and the athletics track of the José Encarnación stadium " Pachencho ”Romero from Maracaibo, José Antonio Anzoátegui from Puerto La Cruz and Metropolitano from Cabudare, three sports gems that hosted the Copa América and then the Vinotinto team.

For its part, the new leadership of the Venezuelan Football Federation, headed by Jorge Giménez, would do well to regain control of the National High Performance Center in Los Robles, which is still a property of the Esquivel family.

It should also demand that the clubs that aspire to compete in the first division invest in the construction of their own infrastructure or the adaptation of their scenarios, as Caracas FC has done in its facilities on Cota 905, without waiting for everything to be done by the Welfare State.

The heat of the fans returns to the stadiums

After the most critical phase of the coronavirus pandemic and with a large part of the population vaccinated against the contagious covid-19, sport is returning to normal, like the rest of the country's activities. The baseball season began on Saturday with the news that the public will be able to re-enter the stadiums to support their teams, as long as they comply with the established biosecurity measures such as presenting their vaccination card and the mandatory protective mask. .

The national government approved that the second phase of the Futve League championship with its hexagonal A and B be played with the heat of the public in the stadiums, which will give more color to this fight for international places and the grand final of the tournament that A single game will be played at the UCV Olympic Stadium, a great idea from the League's board of directors. Only the Professional Basketball Super League is missing, which announced that it will see action starting in November with 13 teams and an audience on the courts.

Ninoska Clocier must maintain the same firmness in the IND

Tremendous responsibility assumes the new president of the National Institute of Sports, Dr. Ninoska Clocier. It has to comply with the mandate of the Supreme Court of Justice to give legal recognition to social entities of sport such as clubs, associations and federations, a process that has been affected by the inability of the IND Directory.

Hopefully he will maintain the same firmness as his predecessor, Juan Carlos Amarante, who fully enforced the Sports Law and succeeded in ensuring that the elections of associations and federations were made by applying the provisions of the National Sports Registry. The old leadership of the sacred cows that exert their influence from the Avenida del Estadio in El Paraíso will try to return everything to the past.

By mandate of the Electoral Chamber of the TSJ, it must supervise the organization of the elections of the Water Sports and Karate Federations. The new president of the entity must be vigilant so that these processes are carried out in accordance with the Sports Law, in participatory and transparent elections.

LindaCarter and Philomena towards the triple mare