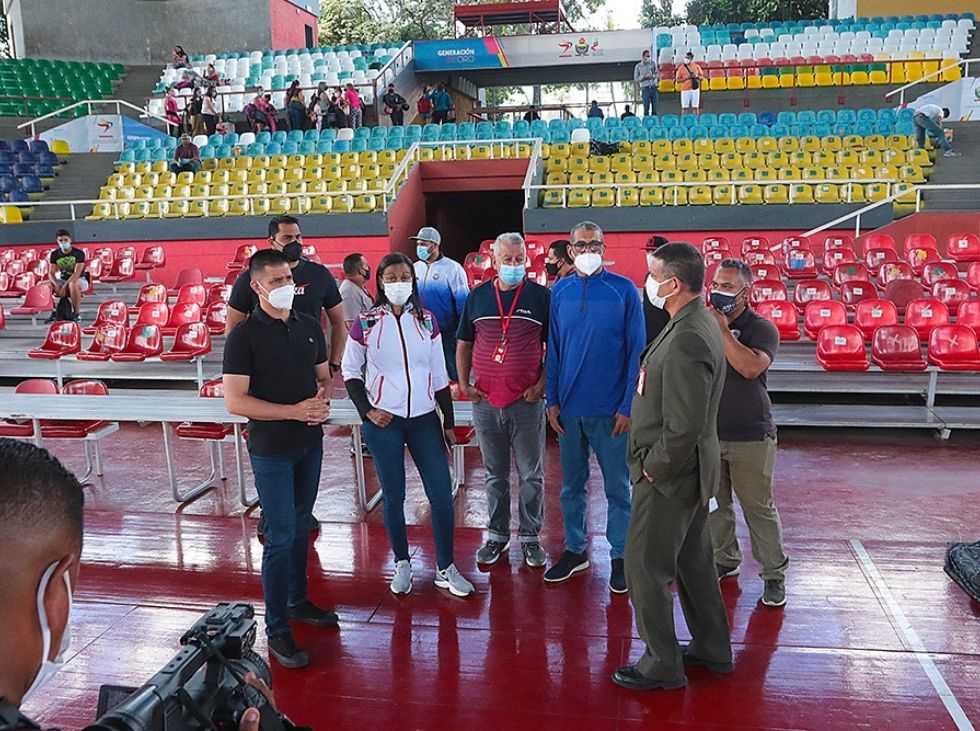 Game Vision | The National Games went from waste to austerity

Since its inception, the National Sports Games were criticized for the waste of resources in the construction of facilities in the various states that hosted the event. The idea of ​​holding these competitions was aimed at allowing only the country's elite athletes to measure their potential. Carlos Parisca Mendoza, president of the National Sports Institute between 1959 and 1962, established this competition with the decree of Law number 515 of January 9, 1959 and a year later he also created the disappeared School of Sports Coaches, all with the purpose that the seed of sports practice will be sown throughout the country.

In those times of birth of the elite democracy of the Punto Fijo pact, Parisca wanted sport to serve as an educational and social tool. What mattered was not "to win champions", but that more and more young people had access to comprehensive training through the practice of any sport, as Parisca himself detailed on the occasion of the Sports Forum, held in 1968 at the Central University of Venezuela, then ruled by the distinguished rector Jesús María Bianco.

In his presentation about the reality of sport in the country offered at the UCV, Parisca already pointed out that his idea of ​​promoting sport had been distorted and warned about the budgetary excess involved in organizing this event, as if it were an Olympic Games. “I was shocked when it was said that for the III National Sports Games to be held in Barcelona, ​​it was necessary to build facilities worth ten million bolivars. It seems absurd to me to spend ten million bolivars in sports facilities to carry out an event that lasts a week and that later will not have a profit that justifies its cost. I think the mistake is going to be repeated in Maracaibo; and I think that if the same mistake continues to be made in each of the state capitals, where the National Sports Games are to be held, they cannot continue to be held ”.

Parisca's words of warning fell on deaf ears. The Games continued to be held and with increasing waste of resources. The juicy contracts to build facilities that later fell into abandonment, the business with accommodation, the purchase of materials, equipment and the food of the delegations filled the pockets of high-ranking sports leaders who became sacred cows, and continue to officiate since their sacrosanct Olympus.

The desire to invest state resources in facilities led to the exaggeration of proposing the construction of a covered and air-conditioned court for the tailed bulls competitions, which did not materialize in the Plain Sports Games 2007.

A report sent by the then Minister of Sports, Victoria Mata to President Hugo Chávez, served to put an end to the sumptuous spending on the National Games that entered a forced pause.

Under the ministerial management of the current governor of Miranda, Héctor Rodríguez, the National Games re-emerged in 2011 with a more austere vision. The facilities available in various states were used for athletes to return to competitions, and Minister Alejandra Benítez followed the same path when the Games were held in 2013 in Caracas, Miranda and La Guaira. The coronavirus pandemic prevented the new edition of the National Games from being held in 2020, but they will be played again from December 8 to 19, under the same concept of shared venues. Let's hope that the spirit of austerity continues and that the Games will be reborn with the right budget.

The war against Feveatletismo puts Yulimar Rojas at risk

The participation of Yulimar Rojas in the World Indoor Championships in Belgrade, Serbia, in March, and in the open air in Eugene, United States, in July of next year, are in serious risk due to the particular war that the president of the Committee has. Venezuelan Olympic, Eduardo Álvarez, against the Venezuelan Athletics Federation chaired by Wilfredys Alvarado.

Feveatletismo removed support for Álvarez for his continuity in the COV in the January elections of next year, and in retaliation the lord of the local rings decided not to recognize the elections held by this entity in which Alvarado was re-elected.

The Sports Law does not grant any power to the COV to recognize the elections of the federations, as it is an attribution of the Board of the IND. The International Athletics Federation gave its endorsement to the Feveatletismo authorities.

But if the COV manages to suspend this entity, Yulimar will not be able to be registered to compete in the World Cups, as the leader of Feveatletismo, Marcos Oviedo, has denounced. What will the IND say about this interference by the COV in electoral matters?

Most of the Venezuelan sports federations held their elections to renew authorities for the new sports cycle of 2021-25. However, none will be able to participate in the next elections to renew the authorities of the Venezuelan Olympic Committee in January of next year, if they do not first receive the recognition of the Board of the National Institute of Sports, which for unknown reasons has a year without the appointment of the respective authorities to hold their meetings.

According to the Sports Law, the IND is the only body with legal powers to review the electoral process of sports entities, through the Legal Consultancy, and approve its operation. For this reason, it is vital that the Board of Directors resumes its legal functions as soon as possible and grant the sports associations and federations the administrative provision for the respective recognition.