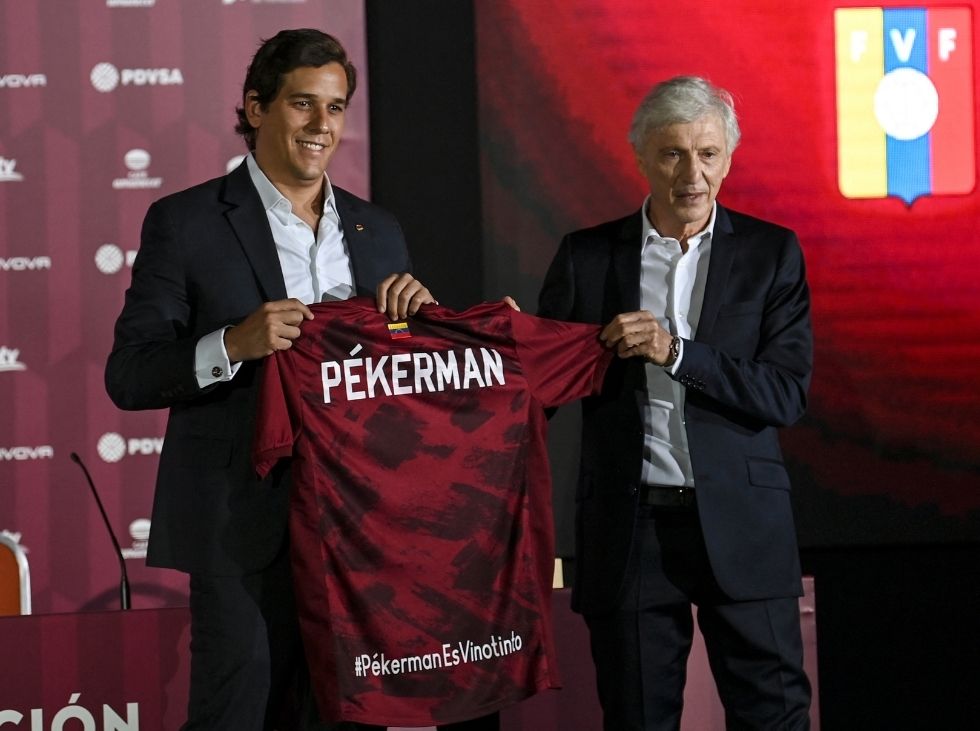 Game vision | Pékerman is the opportunity to grow from the grassroots

The hiring of José Néstor Pékerman to lead a project to transform the national teams is first of all an emotional injection. His name, the world prestige and the hierarchy that precede him make up a powerful vaccine against despondency and the global campaign of discredit of which our country has been the victim. That a coach with the epaulettes of the triple Argentine world champion in the U-20 category has been linked to Vinotinto, that is, to Venezuela, through the Venezuelan Football Federation, is a first triumph for the confidence and faith that we must have all not only in the potential of national football and the national teams, but in the growth and general development of this land of grace.

Pékerman's presence on the bench is an incentive, an unquestionable encouragement for the country's top figures in this sport to attend the calls of the new coach on time. There are no longer any excuses for dribbling the Vinotinto. The new directive of the FVF, with Jorge Giménez and Pedro Infante at the helm, are creating the ideal conditions to travel the road to the World Cup in the United States, Canada and Mexico in 2026 not only with the idea of ​​seriously fighting for qualification, but with an even greater purpose: to strengthen the structures of all the minor categories and lay the foundations so that competing, winning regularly and advancing in international tournaments is not an isolated, anecdotal event, of a group of talented people who coincide in time. , as happened in the U-20 World Cup in Carea del Sur 2017, but the result of repeated work to obtain a constant of good numbers.

In the past there were attempts to sow oil. Coaches such as Rafael Santana, Manuel Plasencia, Luis Mendoza and Lino Alonso made efforts to articulate football from the grassroots. Santana, Plasencia and Mendoza were pioneers in promoting in Marítimo, Caracas and Mineros de Guayana the formation of new values ​​that led to the emergence of Gabriel Miranda, Gerson Díaz, Nelson Carrero, Daniel Nikolac, Héctor Rivas and Stalin Rivas, to name a few. handful of figures. And Lino Alonso, praised by Pékerman in his official presentation, toured half the country in a meticulous job of scouting and helped with his paternal spirit so that footballers like Daniel “Caricari” Noriega, Cristian Cásseres or Juan Arango himself joined the minor teams from the FVF and completed a training process that led them to shine in Vinotinto.

Pékerman did not come to invent warm water. What is valuable about his project is that he does not have his sights set only on today's results, but on a planned, meticulous, orderly work that, as happened when he was in charge of Argentina's minor teams, allowed the Albiceleste to become the greatest power in the sub-20 category and nurture the absolute with players of the highest level, trained under the same game system.

Qualifying for the 2026 World Cup, in which Conmebol will have six direct quotas, is one of the challenges that the Argentine assumes. But this time, the FVF did not hire a savior, nor a Harry Potter who at the point of verses or magical spells can change reality. Pékerman does not bring a hat of tricks to sell momentary illusions. He proposes that all national football be articulated to give a quality leap that will translate into permanent development in the long run. It will be five years of work in which the FVF must make the most of Pékerman's knowledge and experience to transfer his wisdom to the country's coaches who will be in charge of completing the Argentine DT's masterpiece.

The new coach does not want to carry the bills of the past. The players suspected of having committed acts of indiscipline and those who slipped the bullet, claiming any excuse to abandon ship in the middle of the storm, will have the doors open for the team from the next call to face Bolivia, on a stage that the directive of the FVF is yet to be defined.

It will be the opportunity for the national team to have all its pieces for the first time in the tie: Salomón Rondón, who lives low hours at Everton in England but still remains the best striker in the country; Yeferson Soteldo and his irreverence to develop goal plays or define; and the superb punch of Rómulo Otero in the stopped ball charges. Beating Bolivia and Colombia in the last two home games that the national team will play would be an inspiring start for the Argentine's project. But above all, a golden opportunity for the players to reconcile with Vinotinto and the fans.

One of the structural deficiencies of Venezuelan soccer is the absence of center forwards with proven voracity for the goal on international stages. In recent years, extremes with speed, overflow and ability to win duels such as Jhon Murillo, Yeferson Soteldo, Jefferson Savarino and Darwin Machís have proliferated. But the Vinotinto has depended on Salomón Rondón to fight against the centrals and score goals in the absence of other figures with similar capacity.

The rule of the sub-20 in the first division teams should be extended. For attackers to emerge, you have to train them and put them to play consistently in the highest category. But the teams prefer to place foreign or Venezuelan footballers who are more experienced in the area in the defining positions, almost never a player in training. If no strikers are formed, the goal drought in Vinotinto will continue to be endemic. The Futve League could study the extent to which there are more U-20s on the court and one of them should play close to the goal. We invent or err in the search for new and better gunners.